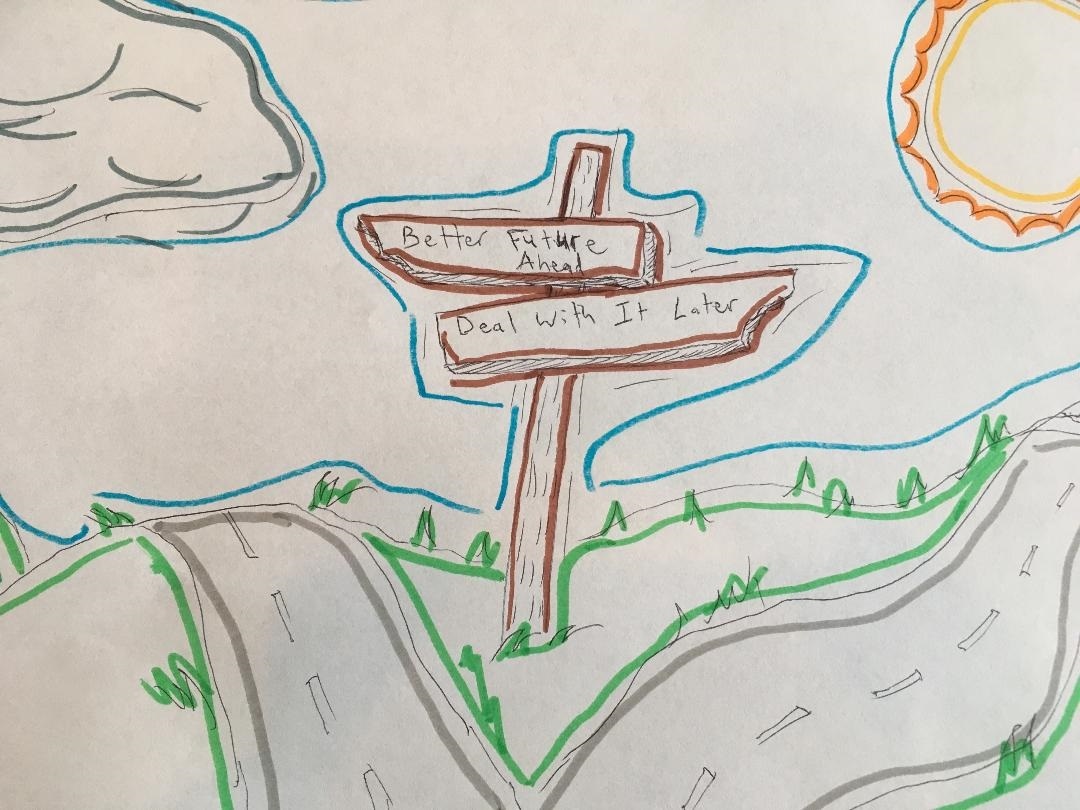 5 Financial Mistakes Medical Residents Make and How to Avoid Them

Medical residents and fellows have always been in an interesting situation. It's a kind of "stuck between a rock and a hard place" type of situation. Residents and fellows are embarking on the foothills of their career and obtaining the skills and knowledge they need to press forward. They are likely in the most idealistic mindset they’ll ever be in their careers, and they’re networking with their future general practitioners and specialists for future referrals. For many, it’s an exciting time of life, yet stressful nonetheless.

One twist that gets thrown into the picture is the idea that they have to obtain $200,000+ of student debt – and that’s on top of their undergraduate student loans. They also give up nearly a decade of real working capital for the working knowledge and skills to move forward with their medical career. Giving up that “decade of learning” when many of their friends might be working “real jobs” often leads to higher student loans in the form of interest accrual and capitalization. This conundrum, among others, makes for a fairly tender time in a young physician’s life and livelihood. This tender time can lead a young doctor to bad decisions, which are ultimately magnified later. Here are some practical tips on some common mistakes medical residents and fellows make, and how they can avoid these mistakes.

Student debt is such a hot topic right now, and for good reason; it’s crushing many young Americans. For a medical resident, getting through residency and/or fellowship with a crushing amount of student debt is like trying to thread a needle with one hand. It’s such a tedious and tall task in itself – not to mention you’re expected to be soaking up gobs of information during your years of training in one of the most rigorous and rewarding careers on Earth.

When I speak to residents and fellows about their student loans, I feel like there’s a haziness around the understanding of student debt. With the way the government loans are structured, the loans are so complicated. You might have a student loan package that has 6 or 7 (or more) loans wrapped into one master loan account. Because of this, many questions arise. So where does your payment go? What are the payment options, and which is best? Why are there so many different interest rates?

Managing Student Loans is basically the process of juggling the payment plans to minimize the monthly budgetary expense. The government loan program has some really good ways of handling this; however, some of these management methods can actually hurt you later. Oftentimes, your loans will still accrue and capitalize (when a loan capitalizes, the interest of the loan becomes capital or turns into excess debt of the loan, which, in turn, produces more interest) during this time. The trick is to find the route that best suits you and your family from a cash flow perspective and start there. Some pundits and experts say to pay as much of your loans as you can in residency, which is great in theory, but if you have a family and kids, life will continue to be more expensive than you anticipate. So during training – and maybe even the next few years after training – organize this phase as a cash flow management phase, and you’ll be able to develop a much more effective plan.

All the while, I'd suggest to enroll in the PSLF (Public Service Loan Forgiveness program). As a physician, this could really be beneficial if you enroll early during your training and manage the payment plan accordingly because the lower payments during residency can contribute toward the PSLF forgiveness.

Phase 2 is Paying Student Loans, and it’s just like it sounds – developing a strategy to pay off the loans or continue to manage the loans for the PSLF program. For many, the thought of refinancing seems burdensome until they pay extra into their complicated pool of multiple government loans, and there often seems to be no rhyme or reason as to where the payment is actually directed. Government loans are fine, but I commonly recommend refinancing student loans while in the payment phase if PSLF is not available for some reason. The payment phase usually occurs just after training ends. I have multiple strategies for paying off the student loans, but the point of this article is to understand that while in residency, you don’t necessarily have to live in the payment phase – just in the cash flow management phase. It's very difficult to pay $200,000+ of student debt with $50,000 of income.

I think many residents and fellows follow their training guidelines and feel they can’t make an impact on their future until training is completed. A medical career is so wrought with delayed gratification that by the time many physicians feel they can start making a difference on their future, it’s so late in the process. And time is often a financial plan’s greatest asset. While having a structured financial plan where cash flows are supposed to be directed to various accounts might not be necessary while in training, a basic, big picture to-do list is a great start in a financial plan. During training is a great time to set up the architectural structure of a financial plan; after training is the time to build and complete the structure.

Depending on personal factors, such as: familial situation, where the resident resides, and what’s going on with the budget, there are several things that are either super cheap, if not completely free, that can be done to positively impact the future. A few examples are to set up a living will. This is often available from each state, free of charge. Another actionable item is to set up your car insurance properly and get quotes for an umbrella policy. I’ve seen people save money on insurance premiums and get $1,000,000 of additional lawsuit protection. If kids are present, a will is one of the most underrated items available to busy professionals, especially when it comes to deciding who has guardianship rights of the kids. What I call a “band-aid will” or a “triage will” is often super cheap – around $60. But if the family situation is complicated, I suggest possibly skipping the “band-aid will” and seeking legal counsel sooner, rather than later.

The fact of the matter is that during training, residents may feel out of control; however, they can take control of some of the more fundamental items that could have a lasting impact on their lives.

I always cringe when I hear, “But she’s a doctor, she can afford that,” or, “A physician has to have a nice car, house, clothes, etc.” A physician shouldn’t let anyone else spend their money.

I’ve seen medical students driving new BMWs, using student loan disbursements to pay the car payments, and justifying it with, “Hey, I’m gonna be a doctor.” If a resident (or attending, for that matter) lets someone else dictate their earnings, spending, lifestyle, or self-image, that person will likely never feel in control of their life, and it's entirely possible they will never be satisfied.

Ultimately, there’s a balance here that should be considered. Living life now, which is important and shouldn’t be ignored versus living life later, which needs to planned and accounted for responsibly. Balancing the two is often a tough task. There's a lot I could write about this topic, but I'll digress significantly; in short, don’t let anyone else make decisions about your personal life; I think that’s advice we can all carry around.

I’ve always joked that hospitals host more money-driven discussions than anywhere else. I think this occurs, mostly from attending to attending – possibly from attending to resident in a guiding/teaching kind of way. I think there’s sometimes a disconnect from resident to resident about truthful money conversations. I’m not talking about just being broke, either. When there’s a struggle – like making small salaries in residency and managing large amounts of student loans – talking about that struggle is cathartic. There’s no badge of honor for gritting through medical school, residency, and fellowship and not being honest and open.

Enrolling in PSLF (Public Student Loan Forgiveness program) is a money win (maybe... if it works!). The minimum payment on IBR (income-based repayment on student loans) being $0 and still counting as a qualified payment is a win. Being open and honest and human is such a good thing, and medicine needs more good things and more humanity; I think the medical training experience needs more humanity.

Of all the things on this list, this is the biggest. Having a financial philosophy is the most critical line-item for a resident’s future. A financial philosophy is a fundamental and hierarchical purpose of what money does in one's own life. It ranks the most important objectives of money, goals, and desires in order. Residency is a great time to put a financial philosophy together. During residency, large incomes are just a dream; this is when a resident can truly evaluate what’s important to herself or himself because there's no pressure on thinking about the future. It's also relieving when that first attending physician paycheck arrives, there’s already purpose behind it.

Here is an example I give many of my residents and fellows. Here’s a financial philosophy based on cash flow I came up with while my wife was finishing her fellowship, and I wish I had created it when she started residency. I tell every resident to take this information and change it for themselves. I tell them to sit down with their spouse, if they’re married, and develop the proper order for these items, and add or subtract anything that doesn’t belong. Once residency is finished, continue to abide by the philosophy set out, but make changes accounting for the increased income.

Setting these 5 things during residency and fellowship can make all the difference in getting started and keeping on the right path, financially speaking. The burden of financial stress can take a toll, and residency is already stressful enough. Keeping a spouse informed and aligned about intentions with money is crucial to any career path – especially medicine – with difficult workloads and rigid hours. Residents establishing themselves as leaders in their own financial matters will also provide framework for their colleagues and friends. It’s important for residents to make sure to focus on the big picture because the minutia and details will almost always derail their efforts to stay the course for which they originally set sail.